Post Earnings Announcement Drift (PEAD) is the tendency of a stock’s abnormal returns to move towards the direction of an earnings surprise for nearly 60 days after the earnings announcement.

PEAD is also known as the SUE effect or standardized unexpected earnings. SUE is the difference between actual and expected earnings, measured by the standard deviation of the forecast errors during the estimation period. PEAD was first introduced by the study of Ball and Brown (1968). Other researchers who have studied the phenomenon were Jones and Litzenberger (1970), Foster, Olsen, and Shevlin (1984), and Bernard and Thomas (1989).5,6,7

This article discusses the factors impacting the post-earnings announcement drift and how investors can use it for earning profits.

One of the most significant events that an investor looks forward to is the quarterly earnings announcement of a company. Earnings and revenue are the two primary benchmarks that help the market gauge their financial health and ascertain if they are on their path to progress.

Typically, these earnings announcement events are no less than a bag of surprises. Before the earnings release, the investors set an expectation while the company prepares its forward-looking statement (guidance). At the same time, wall street analysts set their projections based on their analysis.

This tendency of a stock’s cumulative abnormal returns to drift towards earnings surprise is known as Post Earnings Announcement Drift or PEAD. One of the most widely accepted explanations of PEAD is the investor’s underreaction to the earnings announcement.

This article takes a deep look at the PEAD strategy, its evolution, and how investors can take advantage of the post-earnings drift while portfolio building.

According to researchers, there are three general explanations for the SUE effect.2 Some believe the drift is due to methodological shortcomings of the studies, and some believe that the drift represents systematic misestimation of expected returns following earnings surprises.

However, SUE has certain downsides. Although it captures the earnings surprises, it fails to capture the new information released around earnings announcement dates. SUE also doesn’t capture the way the market reacts to the data.

Historical Evolution of the PEAD Phenomenon

Price formation to firm earnings news has been an area of research and analysis since the study of Ball and Brown (1968), which is commonly associated with Post Earnings Announcement Drift.4 This anomaly has been studied in detail in other research papers too, which include Jones and Litzenberger (1970), Foster, Olsen, and Shevlin (1984), and Bernard and Thomas (1989).56

The efficient market hypothesis (EMH) is that stocks reflect all available information. Based on “information,” efficiency has three forms–the weak, strong, and semi-strong.

In the semi-strong form of market efficiency, all the publicly available information regarding the firms must be reflected already in the stock price.

An earnings announcement is a piece of publicly available information, and the semi-strong form of market efficiency implies that the stock prices should immediately reflect this data. Any delay in such reflection or the ability to predict the stock price movement is an anomaly against a semi-strong form of efficiency. The post-earnings-announcement-drift, therefore, is termed an anomaly because its presence signifies market inefficiency.

If the surprise element in the earnings announcement is positive, the stock prices move positively and vice versa. This means that the direction of the price drift can be predicted based on the magnitude of an earnings surprise.

Why Do Stocks Fall Even after a Positive Earnings Surprise?

The market often sees strange behavior of stock prices. It has witnessed stock prices falling several times despite a positive earnings surprise. The possible reasons are:

1) Overoptimistic investor: Several times, investors have expectations that can be different from Wall Street analysts. If investors were too optimistic ahead of the release, the actual earnings failed to impress. This is the most common reason some stocks fall after a “supposed” earnings beat.

2) Quality of Earnings: When robust revenue growth is the main driving force behind high earnings, we can call it quality earnings. This implies that the company’s products or services are witnessing high demand and would continue. However, if the earnings result from cost-cutting, they are deemed unsustainable, and the shares are most likely to drop.

3) Forward Guidance: Most investors are more interested in the forward guidance than the earnings. Even the company management cares more about the stream of future earnings. So, even if a company surpasses the earnings expectations for the quarter but cautions about a weaker coming quarter, then that stock is likely to tank rapidly.

How Do Investors Take Advantage of Post Earnings Announcement Drift?

As we mentioned, Post Earnings Announcement Drift is an inefficiency that investors can capitalize on if they buy stocks with high earnings surprises and hold them for nearly two months.

Trading on earnings and revenue surprises is a few decades-old strategies. At the same time, most academic researchers focussed on the magnitude and direction of the surprise and the price changes immediately after the announcement.

According to David Bartosiak of Zacks, purchase shares in any company that rose the day following the news of its earnings surprise.9 He said these stocks usually outperform the market during the next nine months. Similarly, he stated that investors should sell any stock in their portfolio that misses its earnings because it is more likely to underperform the market for the next few quarters.

What Are Some Factors That Can Influence Post Earnings Announcement Drift Movements?

Information uncertainty results in underreaction to earnings news, and the delayed reaction leads to Post Earnings Announcement Drift. The delayed price correction results from the time taken to resolve the uncertainty. It is challenging to distinguish and define behavioral and rational explanations for anomalies in asset pricing.

High-frequency traders supply liquidity and mitigate market inefficiency, which implies the HFT actions lower the magnitude of the PEAD. On the other hand, a higher portion of passive institutional investors investing in ETFs and Index funds reduce the informational efficiency of prices and accentuate Post Earnings Announcement Drift. According to the Journal of Behavioral and Experimental Finance by Josef Fink, high concentrations of institutional ownership can impede price adjustment.

Boris Lerner, Global Head of Quantitative Equity Research at Morgan Stanley, believes that high-quality earnings were more impactful than revenue surprises because they reflected the overall health of the underlying company. In a simulation covering the period starting January 1994 to June 2020, a strategy combining surprise and earnings quality delivered a 7.7% annual return compared to 2.5% for a strategy only involving composite surprise and 5.0% for the other focused on earnings quality.8

Many investors believe that combining earnings and revenue surprises are primarily for smaller companies and liquid stocks. Yet, researchers found that post-earnings announcement drift persists across all capitalization categories and trading-volume levels. However, the team also found that earnings-surprise outperformance was higher in small- and mid-cap stocks in bear markets. As for large-cap stocks, the performance led by revenue surprises tends to be higher during bull markets.

Post Earnings Announcement Drift exists in highly developed and less developed financial markets. It was launched as a concept in 1967 by two Chicago University Professors, Ray Ball and Philip Brown, during the seminar “Analysis of Security Prices.”

Since it was first spotted by Ball and Brown (1968) and then tested by various researchers, there were more variations and explanations to Post Earnings Announcement Drift in due course than before.

Post Earnings Announcement Drift profits were very consistent up to the late ’90s. There were dips in the abnormal returns during the internet bubble (1991-2001) and market recovery after the 2008 crash. During the Global Financial Crisis in 2008, investors shunned companies that failed to report revenue and earnings as per expectations. On the other hand, they picked stocks that missed earnings but exceeded revenue.10

Since the middle of the ’90s, Post Earnings Announcement Drift returns fluctuated and became lower than in the previous two decades. Analysts attribute it to the broader academic research in the field and broader recognition of the phenomenon among investors.

In a research paper, Charles Martineau derived that as financial markets have evolved, stock prices have begun to fully reflect earnings surprises on the announcement date, and the post-earnings announcement drift has disappeared.11 For large stocks, Post Earnings Announcement Drift has been non-existent since 2006 but has only disappeared recently for microcap stocks.

The cumulative evidence of Martineau showed striking evidence that stock prices have become more efficient following earnings announcements. His results highlight that market efficiency is dynamic and continuously adapts to changes in the environment of financial markets.

Also, things have begun to change after the COVID-19. As a result of the global economic shutdown forced many companies to withdraw earnings guidance. Just 26% of companies in the Russell 1000 are now providing guidance, compared with 47% in 2019.8 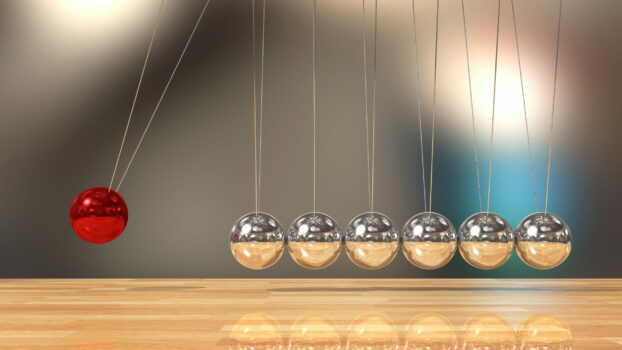 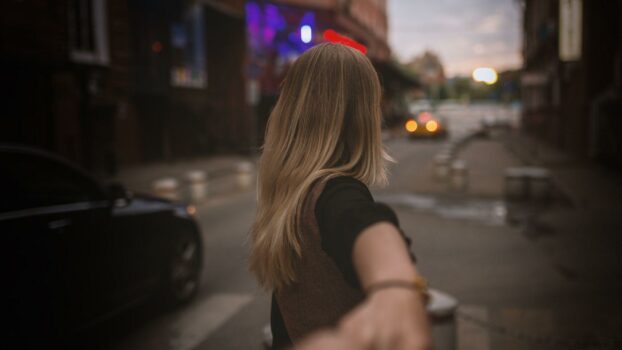