What Are Stock Splits?

A stock split is a decision by the company’s board of directors to increase a company’s number of shares, causing a decrease in the stock price and making shares more affordable. A stock split does not change a company’s value or total market capitalization as dilution does not occur.

When stock splits occur, especially when large, well-known companies do them, they tend to gain much media attention. But what is a stock split exactly? How does it impact investors? And why do companies choose to split stocks? In this post, we’ll answer all these questions and more.

This process begins with the company’s board of directors deciding on the stock split. The stock split is then announced to the public and set for a specific day. You must already own company stock by a particular date to qualify for the stock split. Once that day of the split arrives, a single share of the stock is split into pieces.

A stock split also impacts the share price. If one share is worth $200 before a 2-for-1 stock split, after the split, one share would be worth $100.

A helpful way to think about a stock split is to compare it to slicing a pie. If you have one pie, no matter how many pieces you cut it into, you don’t have any more or less pie. A stock split is like cutting a pie into eight pieces, then deciding you would like to have more slices, so you cut each piece in half to give you sixteen pieces.

The number of slices (shares) and the size of each piece (the price per share) change, but the size of the pie (the market capitalization) stays the same.

If stock splits have no impact on their value, why do companies do them?

There are a few reasons why.

One reason is that a lower share price makes stocks more affordable. An individual investor with only a few thousand, or even a few hundred dollars to invest, may not want to purchase a single share of a company for $150 but may wish to for $75. Modern trading has made it questionable how much of an impact this has, but we’ll discuss that more later.

Since more investors can theoretically afford the stock at a lower price, there’s a broader potential market for that stock, which increases liquidity. Increased liquidity is beneficial to a company because it typically leads to a smaller bid-ask spread (the difference between the price someone is willing to sell a security for and the price someone is willing to purchase that security at). A smaller bid-ask spread enables employees and the company to raise capital from their held shares easily.

Companies may choose to split their stock because it may lead to an increase in demand. According to a study by Nasdaq, stock splits of large-cap stocks from 2012 to 2018 led to a 2.5% increase in share price after the announcement and a 5% increase after one year. What’s so interesting about this is that, as previously discussed, a stock split has no actual impact on a company’s value. Still, it is often perceived positively by investors.

Investors tend to view a company favorably when it is splitting its stock because a stock split implies that the share price is rising. In theory, stock splits occur when the share price increases enough to limit the stock’s accessibility for many investors. But a stock split does not require outperformance. The share value may have risen at the same level as the rest of the market.

As we saw, in theory, stock splits benefit investors by making the stock accessible to a broader investing audience. Furthermore, increased liquidity and smaller bid-ask spreads, which, as we saw, benefit companies, also benefit investors. It does this by making rebalancing a portfolio easier since lower share prices mean it’s easier to find buyers for shares.

But it’s not all good news for investors, especially less experienced investors. While it’s true that a correlation exists between rising share prices and a stock split, a stock split has no real impact on the company’s value. The future earnings are divided among more shares — there is still the same amount of pie no matter how many slices you cut it into. But less experienced investors often see the correlation between share price and stock splits and mistakenly assume that stock splits impact the company’s value.

Why does it matter if an investor confuses correlation and causation? Isn’t the result ultimately the same?

The problem is that this mistaken assumption often impacts the behavior of investors. The belief that a stock is more valuable may cause investors to overpay for that stock. The more this occurs, the more investors may associate stock splits with rises in share price, which only exacerbates the situation. And while share price often does increase over the first year, usually the share price shoots up immediately after the stock split, only to drop back down and end up much closer to its original price.

We’ve seen how stock splits may impact regular investors, but let’s also take a moment to see how stock splits impact short sellers. A stock split has no material impact on a company’s value. This means a stock split does not have any material effect on short-sellers, but it does create some changes.

Shorting a stock is often discussed as betting against a stock by assuming the price will drop to a certain amount. When considered this way, a stock split becomes far more confusing because the stock price was shorted at a price often above the split price. But this interpretation of short selling is only partly correct. When you short a stock, you are essentially selling it before buying it. You must buy the borrowed shares back at some point, and if you do this when the price is lower than when you “sold” it, you’ve made a profit.

Why Some Companies Choose Not to Split Stocks

Many companies choose to split their stock, and there are potential benefits to both the company and the investors, but plenty of companies also choose not to split stocks, even when prices climb incredibly high.

One of the most well-known examples of a company that’s chosen not to split its stock is Warren Buffett’s company, Berkshire Hathaway. A single Class A share of Berkshire Hathaway is currently valued at over $300,000. And if the Oracle of Omaha chooses not to, there must be some reasons to choose not to split stocks.

One explanation is that some people believe a high share price comes with more prestige. For example, a company with a share price of $2,000 may be viewed more favorably than a company with a share price of $100, even if both companies’ market capitalization is the same. The opposite also applies. Smaller companies may be concerned about a stock split driving prices lower since stocks below a specific price (usually around $10) may be perceived less favorably.

But the biggest reason some companies may choose not to split their stock may not be about prestige. Since a stock split has no real impact on the company’s value, it may be as simple as not seeing a good reason for it.

Companies often undergo a reverse stock split to avoid delisting on an exchange. When a company is delisted from an exchange, its stock will no longer be traded on that exchange. Becoming delisted often has significant negative repercussions for a company. A reverse stock split allows companies to avoid this fate by increasing their per-share price.

If a company has recently had a reverse stock split, this is often not good. Splits don’t impact the company’s value, but a price that’s dropped low enough to have the company potentially delisted is a red flag.

The company may turn its performance around, but if a company has recently undergone a reverse stock split, you may want to think twice before investing. At the very least, you should review the company’s plan for improving performance to see if the plan is sound.

One of the most touted benefits of stock splits is, as we discussed previously, that they make stocks more accessible to investors. But trading today has changed to make stock splitting seem less necessary.

First of all, it used to be that buying anything less than 100 shares, which is referred to as a round lot, was not ideal since execution trades on anything less than a round lot cost more, but that’s no longer the case. Even if you were willing to pay more in execution costs, individual investors still needed to afford one share, but this is also changing.

The sweet spot for one share used to be between $40 and $80. Once stocks exceeded this limit, they often considered a stock split to back down the share price. But why does this price make a difference if purchasing fractional shares has become so much easier? Arguably, the necessity of stock splitting has dramatically diminished now that investors have these options, but it continues.

One potential reason is purely psychological. Even if investors have the option of purchasing fractional shares, they may still consider companies with specific share prices as more desirable. And as we’ve seen, a stock split does seem to increase volatility and drive the price up.

You may have heard about stock splits more than usual lately, and if so, it seems highly likely that what you’ve listened to relates to Tesla and Apple’s August 2020 stock splits.

Tesla announced a 5-for-1 stock split, which began trading at its revised price beginning August 31st.

Both companies saw their share prices jump after the news. In the weeks after the announcement, Apple shares increased by 30%, and Tesla’s increased by 61%. Furthering this growth was the performance of both companies on the day the stock split took place. On August 31st, Tesla’s stock closed up 12.5%. Apple also saw a noticeable boost in its share price on August 31st, with a 3.4% increase.

This is a massive increase for an event that had zero impact on the fundamentals of either company. And a few days after the split took place, investors seemed to remember this finally. On September 2nd, the sudden rise of only two days before began correcting itself. On September 3rd, three days after the stock splits took effect, Tesla stock began dropping dramatically. By midday, it had already seen a 9% fall in price.

Only time will tell the split’s ultimate impact on both Apple and Tesla.

These two stock splits garnered such significant media attention, partly due to the dramatic rises in the price they led to and because Apple’s stock impacted the makeup of the Dow Jones Industrial Average (DJIA). The DJIA is an index of thirty of the largest companies in the United States weighted by the stock price. Apple’s stock split diminishes the company’s weighted average in the index from about 12% to about 3%. The DJIA removed ExxonMobil, Pfizer, and Raytheon Technologies and replaced them with Salesforce.com, Amgen, and Honeywell International to make up for this change.

A stock split is a cosmetic action that should not impact a company’s market capitalization. If you think a company is a good value regardless of the stock split, there’s nothing wrong with investing in it. Still, a stock split is not a good reason to purchase shares unless you’re a sophisticated quantitative trader exploiting the abnormal returns following a stock split announcement anomaly. 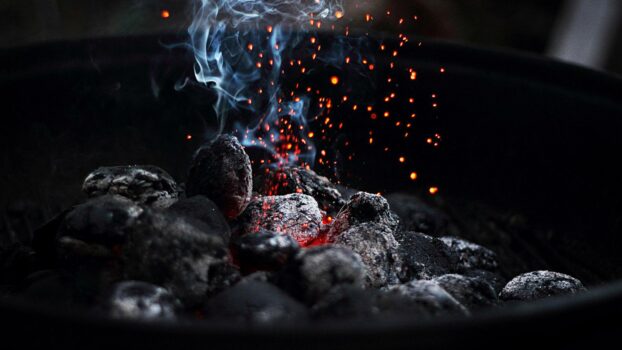